The update to TownHall 14 saw players from Malaysia, Thailand, Indonesia, and the Philippines battle it out in 2 teams and came out with the group names ‘Battle Builder’ (MY, TH Team), and ‘Jungle Clasher’ (ID, PH Team) for the KOL Showmatch for FRIENDSHIP.

The series of friendly Clan Wars were joined by pro-players, beauties, and gaming influencers such as MasterRamen, Ombong haha, and Harris Gameboy from Malaysia, Iwan Clasher, Kelvin Afiando, and Benny Moza from Indonesia, Cherizawa L3bron, and Kayla Heredia from the Philippines, and the representatives from Thailand, Black gamer, ZadistiX, and VRZO.

The leaders for each country were as follows:

Iwan Clasher – One of the top Clash of Clans’ educational content creators in Indonesia.

ZadistiX – One of the top Clash of Clans Thai players who creates a lot of CoC educational content.

There were three (3) Tropical Clash session:

1. EPIC JUNGLE CHALLENGE – Who is the fastest?

In this ‘Tropical Clash’, there were many activities to do like the in-game activity Epic Jungle Challenge where each player has to destroy a base only within 5 minutes. Successful attacks will grant the challenger lots of gold & elixir, helping all chiefs to strengthen their base further.

2. CHALLENGE MY BASE – Can you beat me?
As a warm-up before the clan wars, both teams used various attack strategies to challenge a base designed for all players. The team with the most stars obtained will be the winner.

3. FRIENDLY CLAN WAR
Last but not least, the must-have activity for Clashers is the ‘Friendly Clan War’ to practice your skills and see how far you can go with your friend. In this round, all players had done well.

At the conclusion of the friendly matches, all participants knew each other better and had a good chance to share their own CoC strategies that they developed over the years. The matches also proved that friendship can happen beyond boundaries and languages.

Previous players of CoC can experience the new gameplay with the Town Hall 14 upgrade by downloading Clash of Clans from the app store. 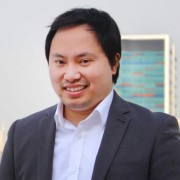 Duane Dizon is presently residing in Qatar as a business news writer for different newspapers in the country, as well as an online content contributor and a TV reporter for Manila-based Eagle News. His previous work with Manila Bulletin, the biggest and oldest newspaper in the Philippines, has helped hone his journalistic style, from writing lifestyle news, to presidential coverage, and the special op-ed weekly Philippine Panorama. He has contributed content for Smile, the in-flight magazine of Cebu Pacific Air, has been involved in speech writing, and in translating indie films. He is presently a contributor for eLifestyle Manila.

Pay your PLDT Home, MERALCO, Smart with Maya and get unbelievaBILLS cashback!

Maya unlocks its 6% savings interest rate to all customers

GCash and CIMB Bank offer up to 7% p.a. interest with GSave

Empower every moment with the OPPO Find X Pro 5G

Pay your PLDT Home, MERALCO, Smart with Maya and get unbelievaBILLS cashback!

Maya unlocks its 6% savings interest rate to all customers

GCash and CIMB Bank offer up to 7% p.a. interest with GSave

Empower every moment with the OPPO Find X Pro 5G

Why it's important to choose genuine Brother inks and toners